The Craft Barn challenge is asking for night and day -projects: same image twice, one coloured for night, one for day. This has my head bursting with ideas, and the first was to do some bleaching. Seen it, never done it, so that's a challenge! I'm also posting for the SimonSaysStamp Monday challenge (Anything goes) and the Stampinback April challenge (Art). 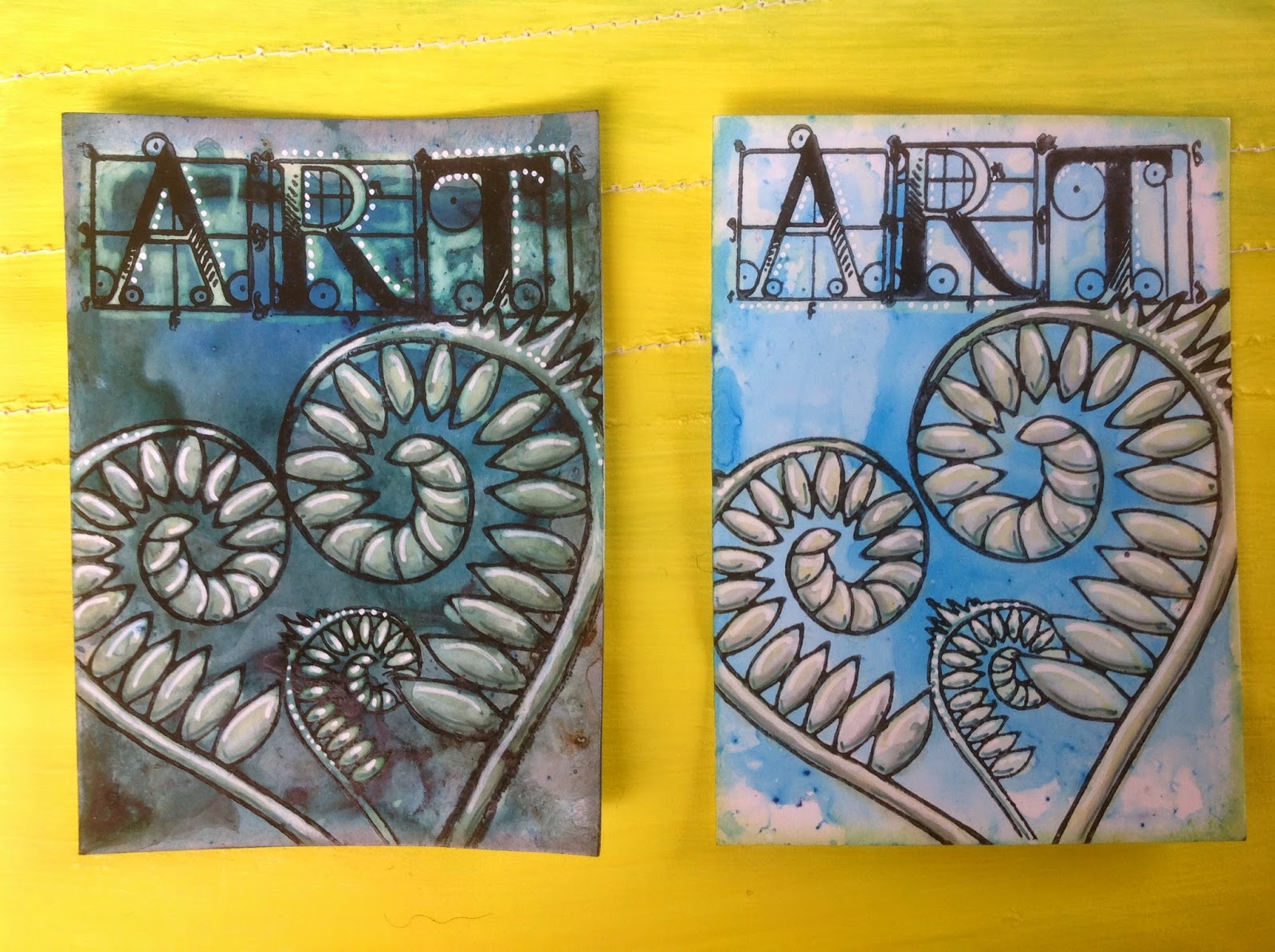 For these ATC:s I have used products recently ordered from Stampinback in the Netherlands: coated cardstock, brusho-like Bister and Colorit powders and fern stamps from the Idiot Flowers set II. Actually even the Stazon ink is probably from the same cart. The bister-powders are very down to earth and dark: I sprinkled a bit of blue Bister for my night and light blue Colorit for my day... it so happened that when the Bister dried, it turned dark green, so I ended up adding some black Bister and some blue Colorit-powder to the night backgound. I stamped the two ferns with Stazon jet black and proceeded with a waterbrush and the bleach. Magic happened and the plants became pale! I added some green colour with Distress markers, but it kept turning grey... perhaps the leftover bleach has something to do with that? So I added some shades of darker green and touches of white Sharpie for extra interest. 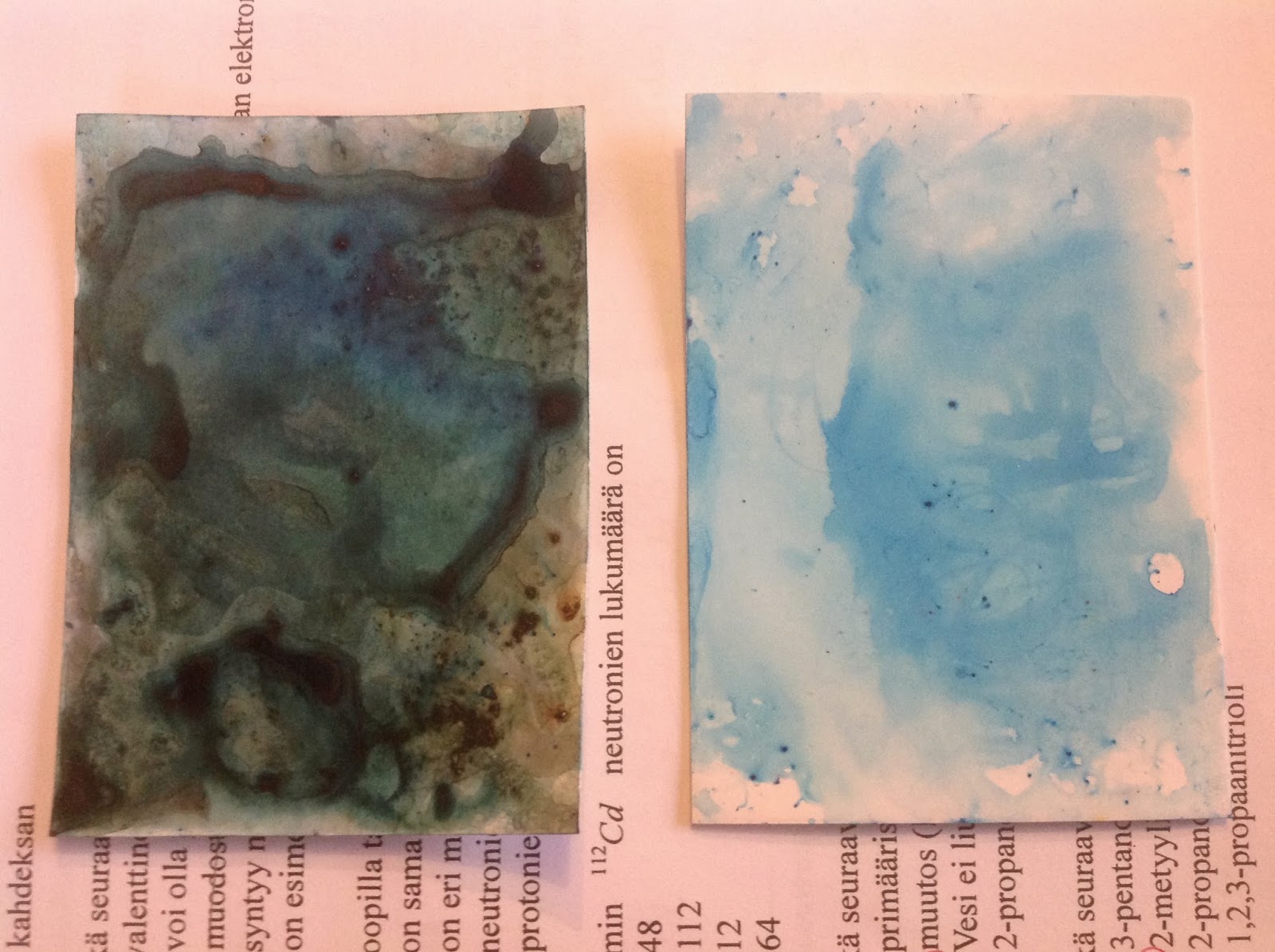 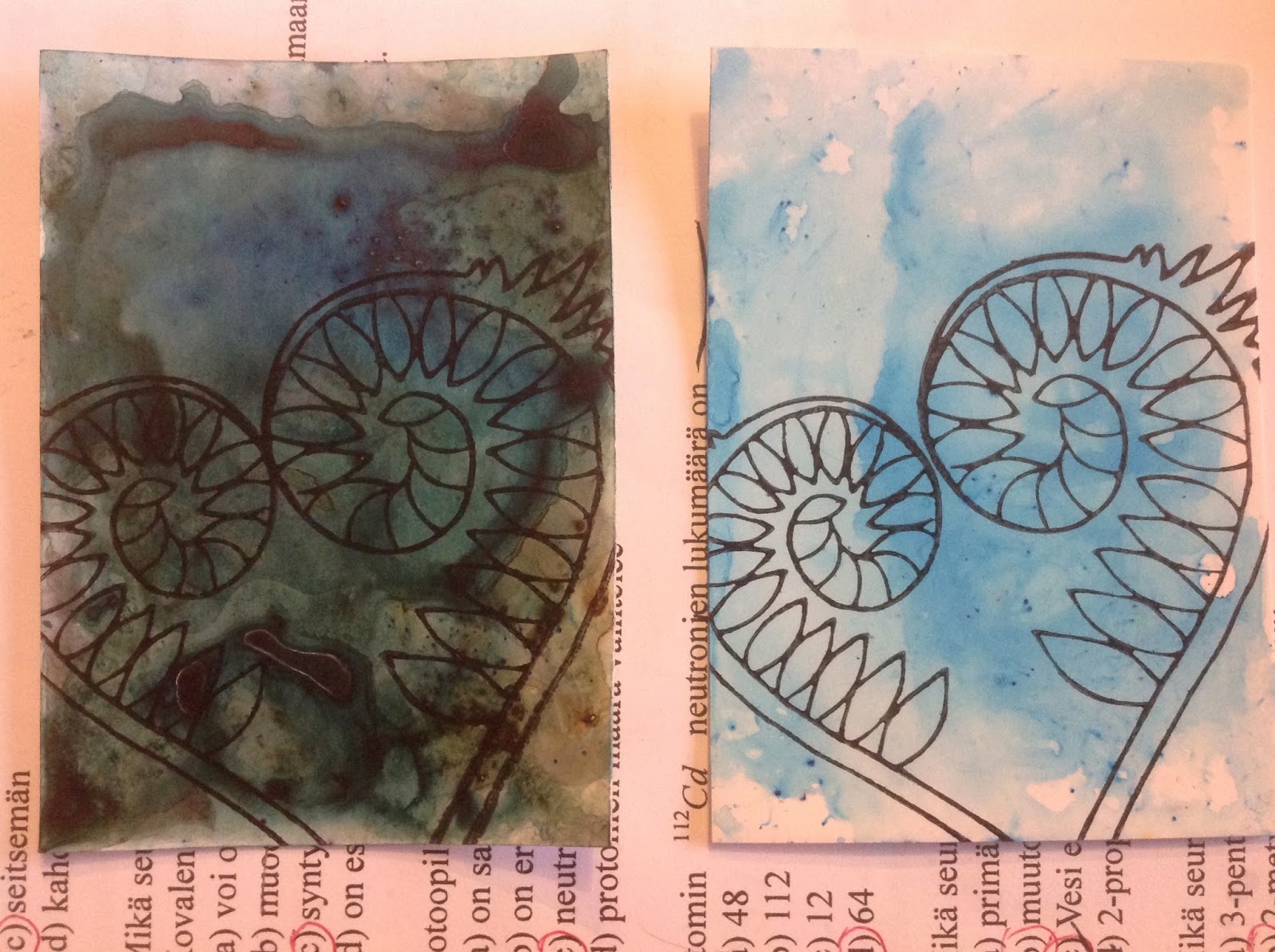 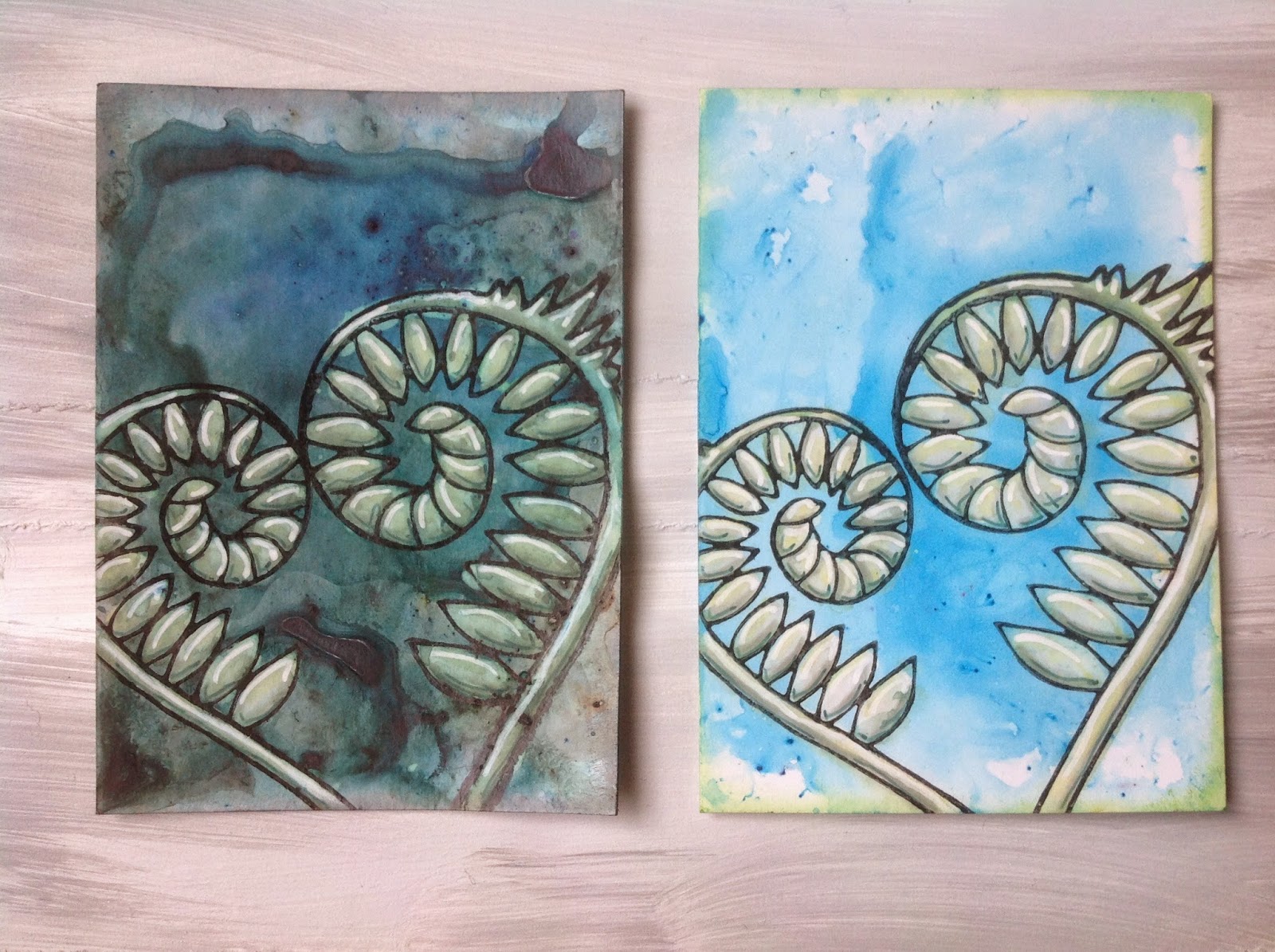 I thought I was finished at this point, but ended up continuing with a third fern and the text (VivaLasVegaStamps steampunk letters). 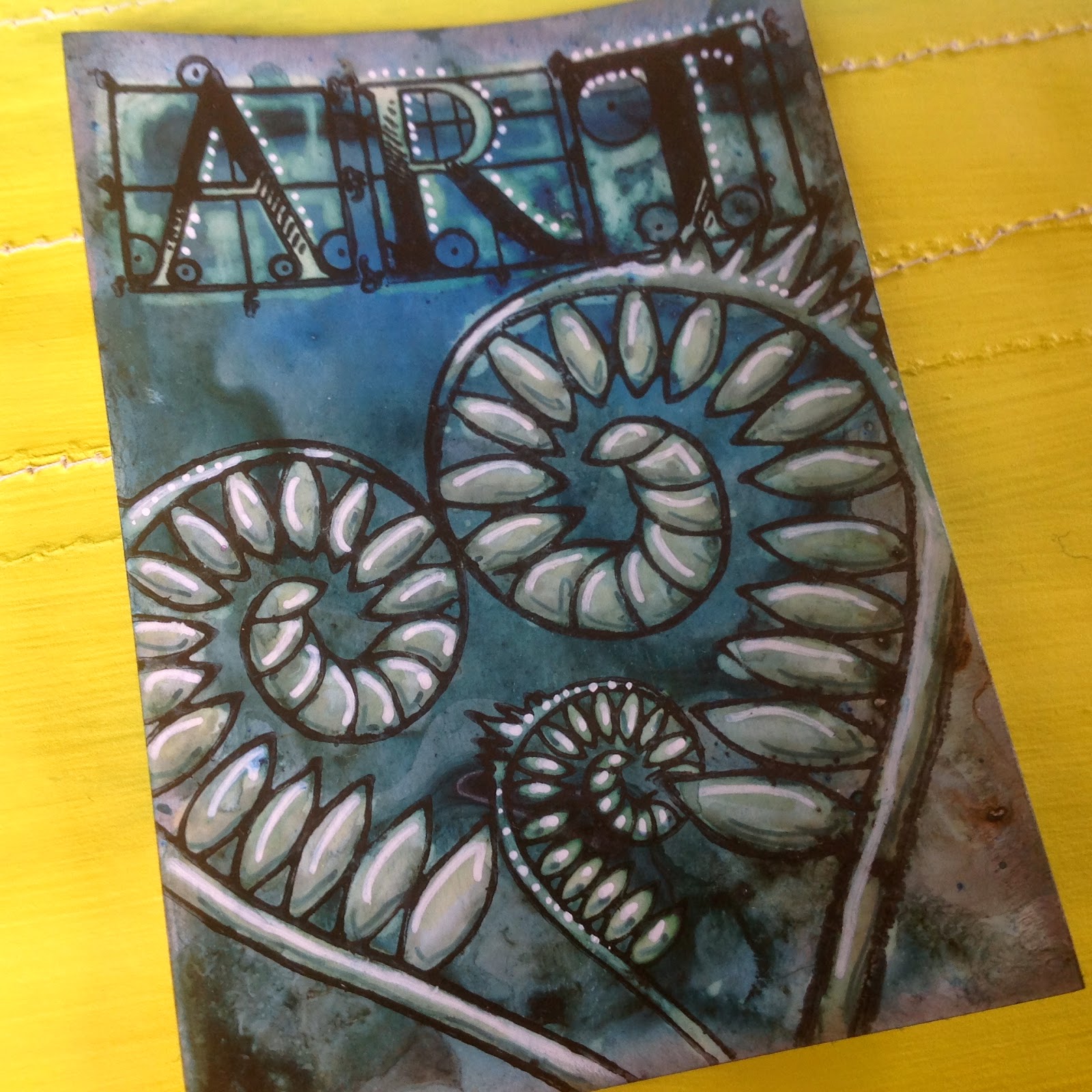 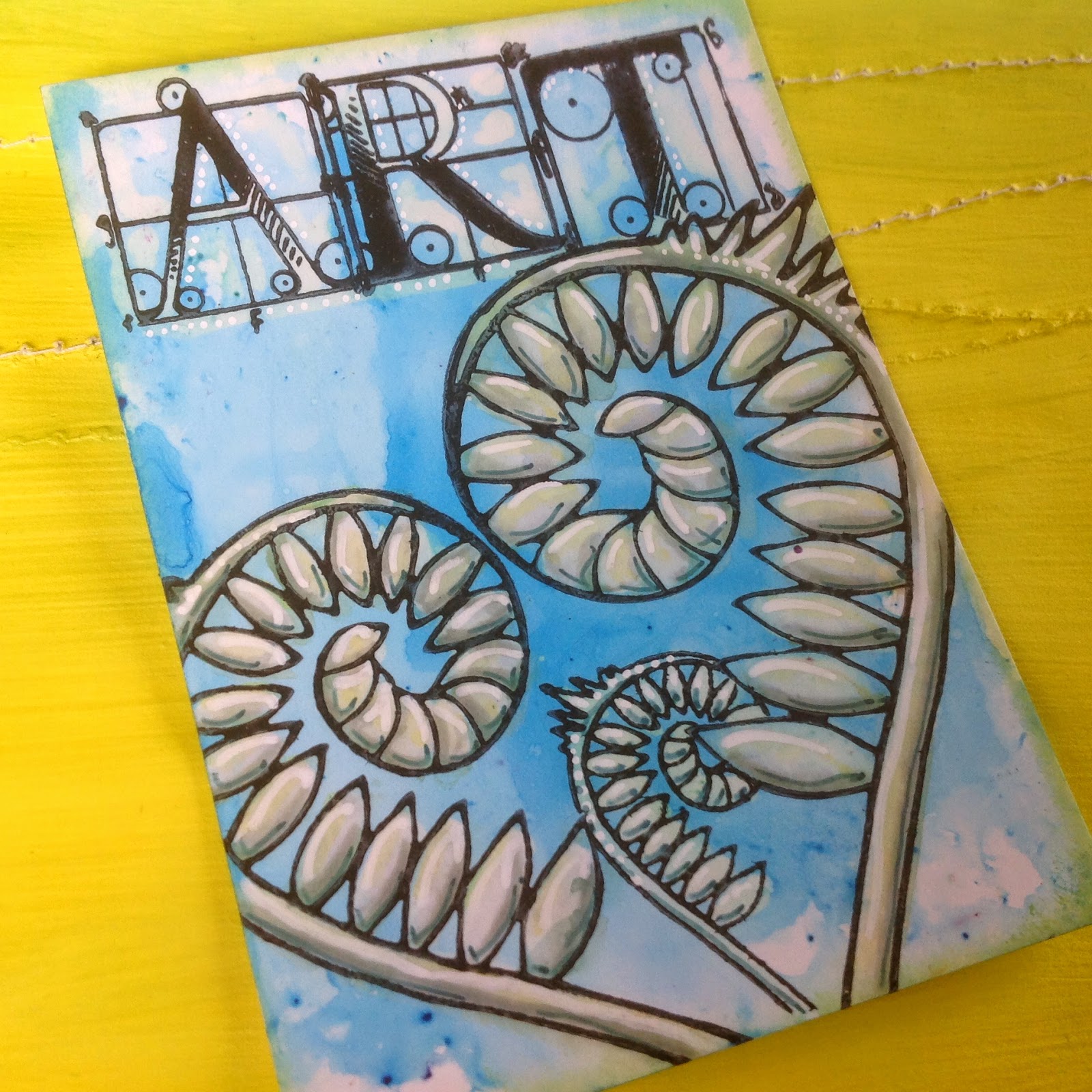