B is for birds

The De Stempelwinkel challenge asks for sillhouettes... now who wouldn't mind he chance to win some ruber? I kind of wondered if I could manage an entry, because I only have two stamps from the company, and both were background stamps, but this actually turned out quite fun, though the image is not black, there is a lack of detail typical to sillhouettes. I am also posting this card for the SimonSaysStamp Monday challenge (B is for...) and the SimonSaysStamp Wednesday challenge (Things that fly) 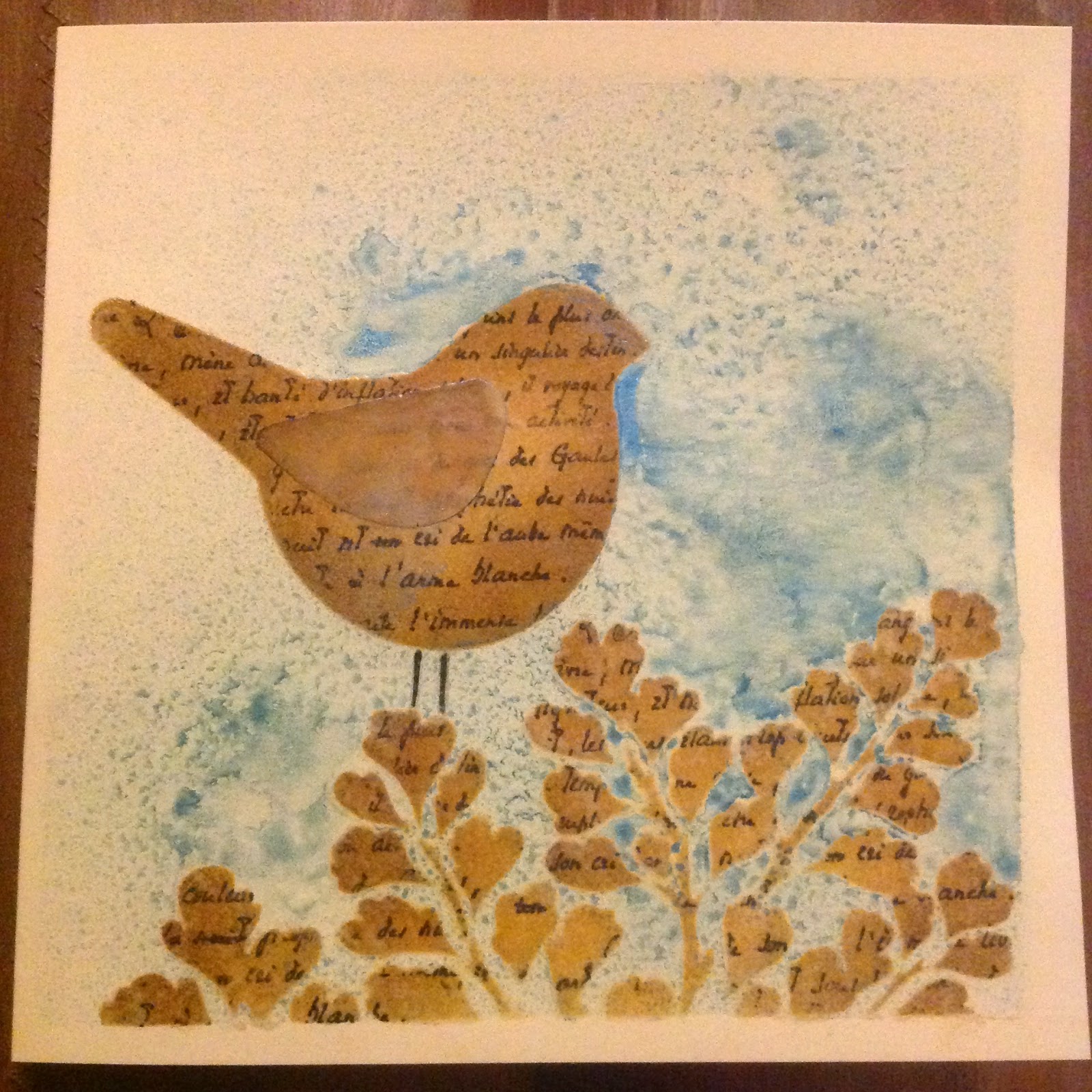 I used the lovely Maidenhair stencil from Designs by Ryn (bought from de Stempelwinkel) and an old bird stencil from my stash. I spread Distress inks through the stencils first, and then stamped the Les Oiseux background stamp with Versafine Onyx Black. I was going for a CAS look, but  (typical to me) managed to smudge the white part. Bleaching out helped a bit, but obviously I had some of the Versafine on my fingers too, barely visible in the "sky" of this picture, but enough to bug me... I decided I would have to spray the background. 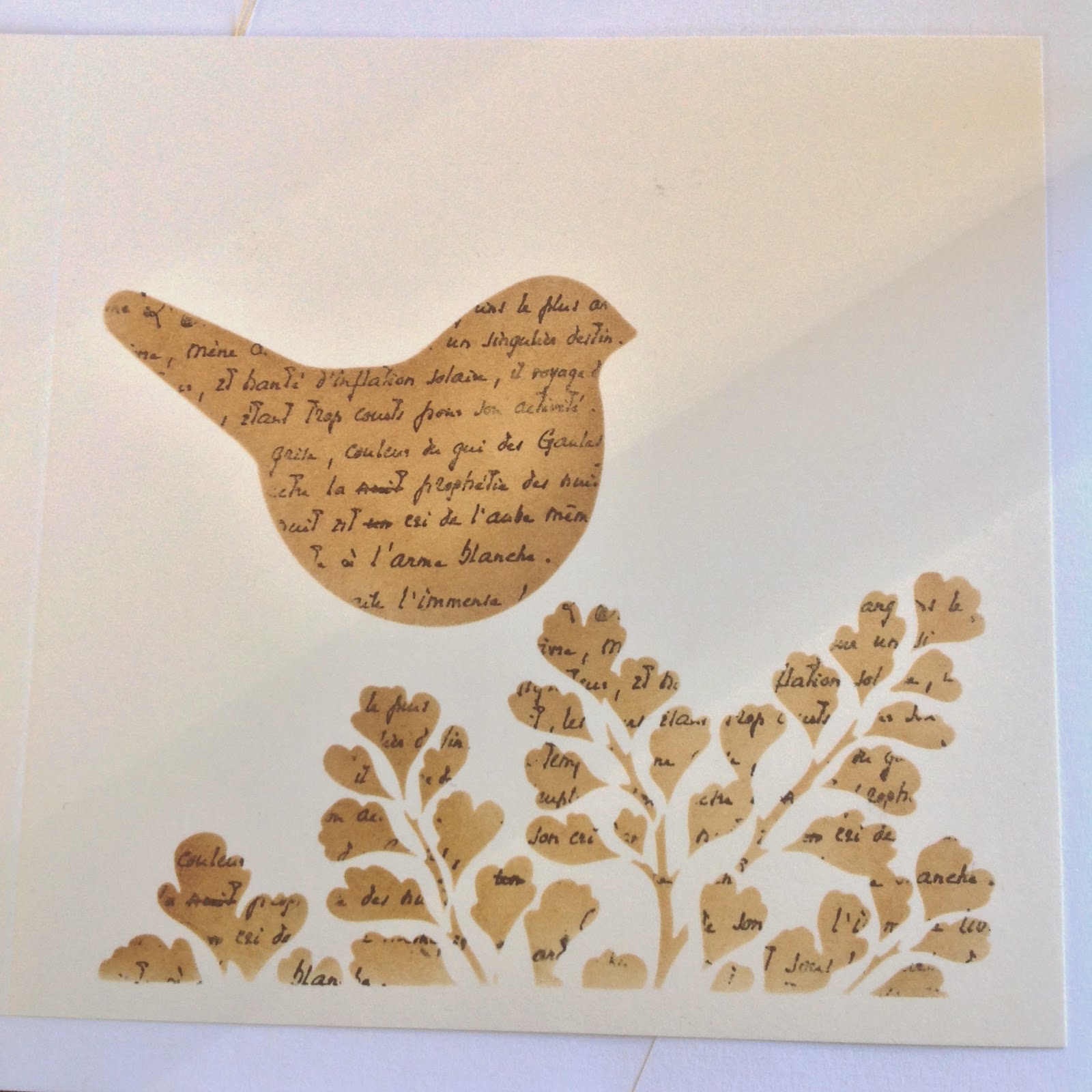 I cut out a wing from a scrap of really old book paper ( from about 1850, it was the right colour all by itself!) and adhered it to the bird. I needed a resist effect to be able to spray, so I placed my stencils again and used an embossing dabber + heat embossed with clear embossing powder, after which I masked the edges with some paper and sprayed with Perfect Pearls Forever Blue. I didn't remember I was working straight on the card base, and felt quite worried how it bent from the moisture. When the spray had dried I wiped the spray from the stamped images with a baby wipe and placed the card under some weights to straighten it out. Interesting how the wing became transparent during the embossing! 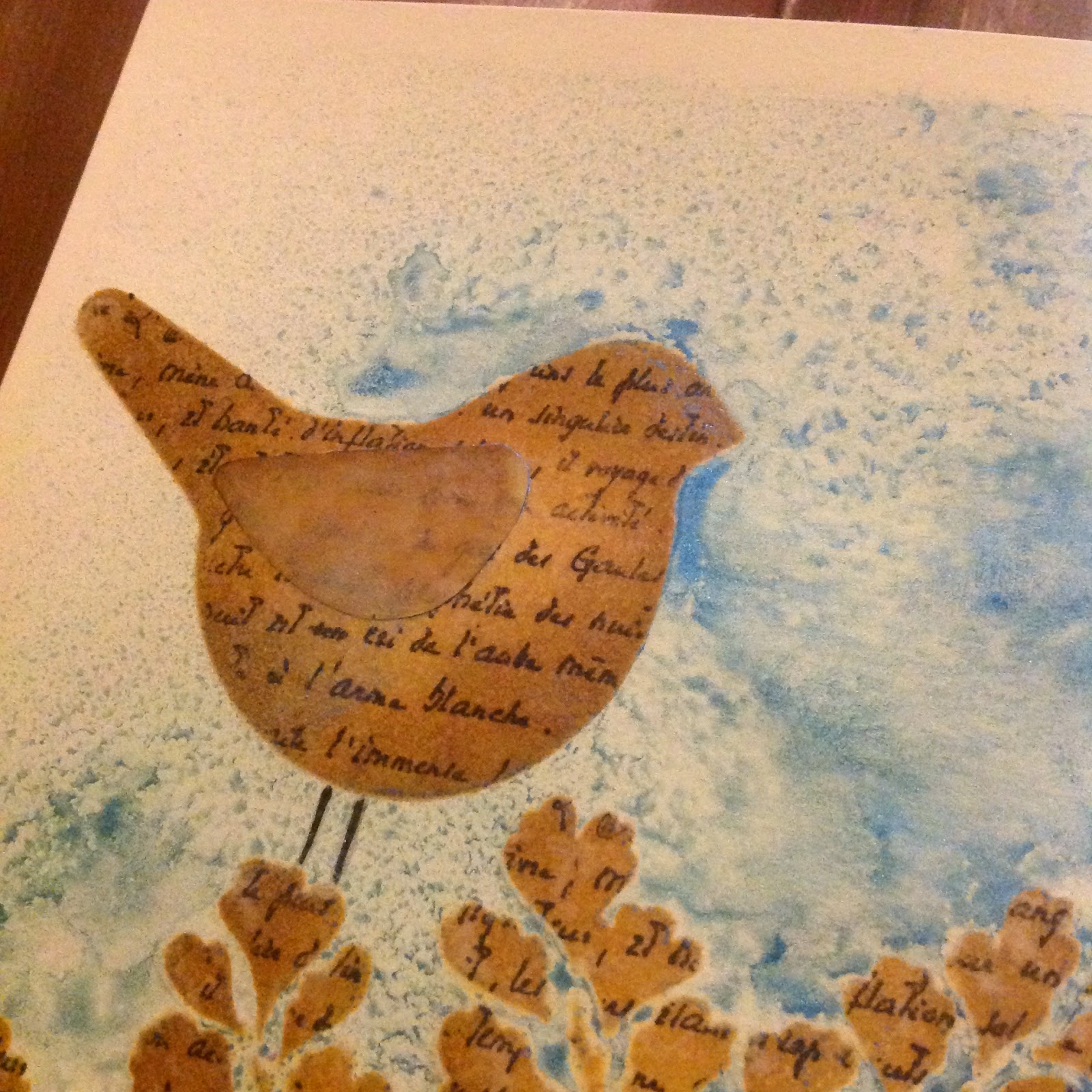