I have heard that in other countries Donald is usually not as popular as other Disney characters, but in Finland we still have a Donald comic that is published every week on Wednesday, and my father happens to often visit us on Wednesdays and read the comics :) Perhaps he feels nostalgic, because the magazine has come to his home when he was a child over 60 years ago... So he received these as a Christmas gift. 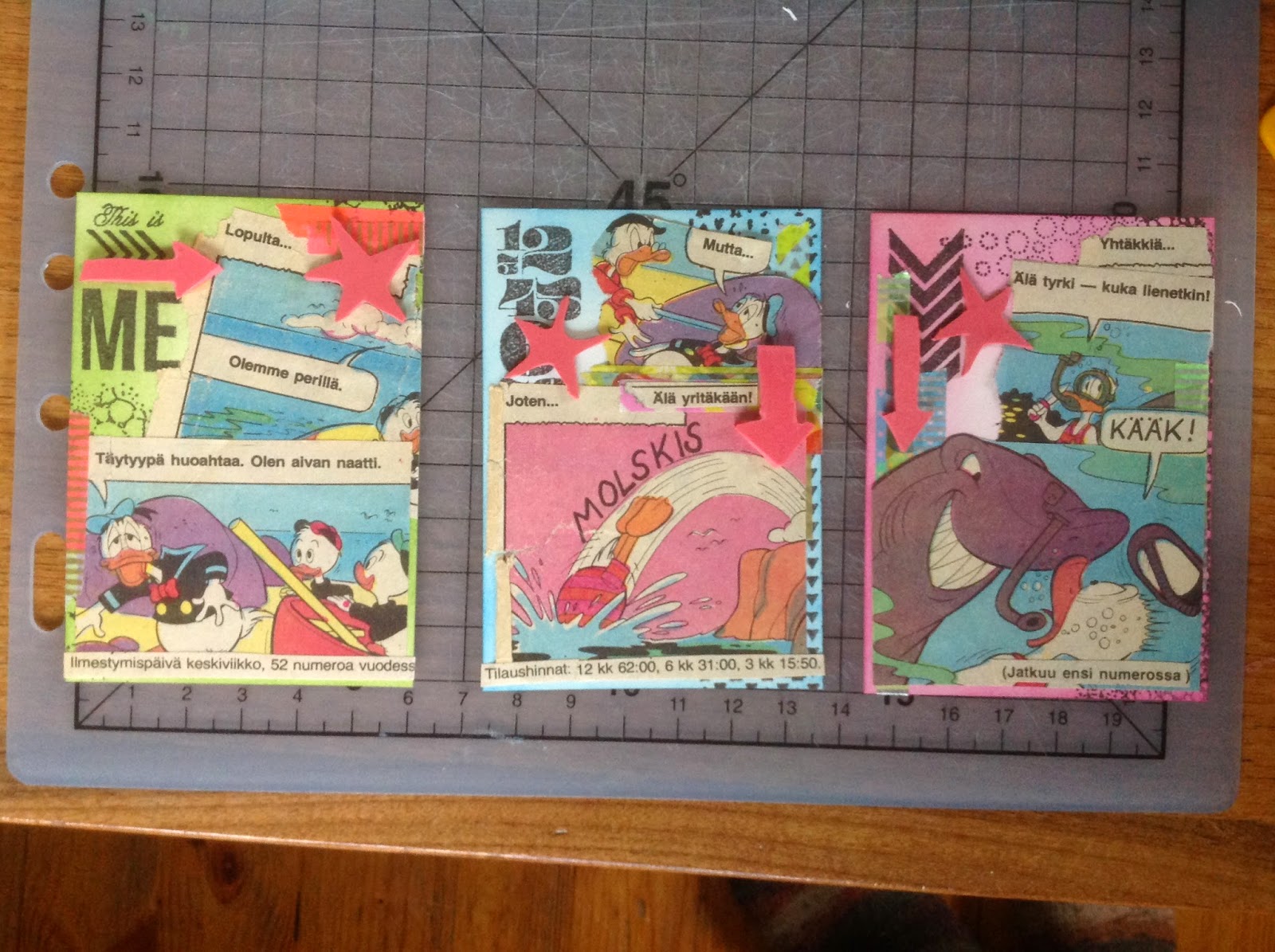 This was a single torn and worn sheet from 1973. It was crunched up in a box containing other comics my husband had bought, and I immediately hid it in my stash for later use. I tried to complement the colours of the comic strips by giving each card a background made of colours missing in that part of the strip, but dominant in the others. I did some background stamping and embellished with washi tape and some cutouts made from the leftovers of unmounted rubber stamps. 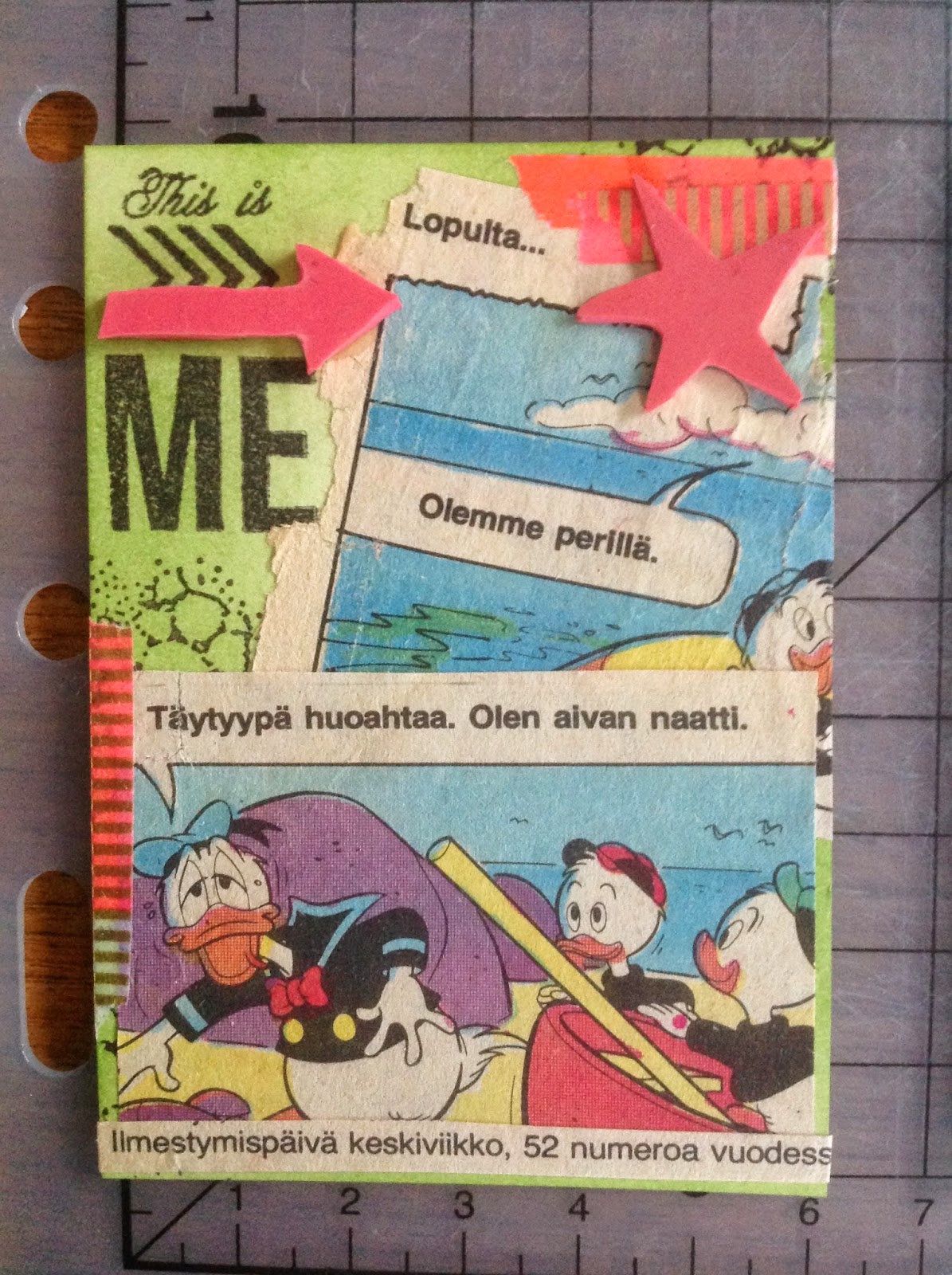 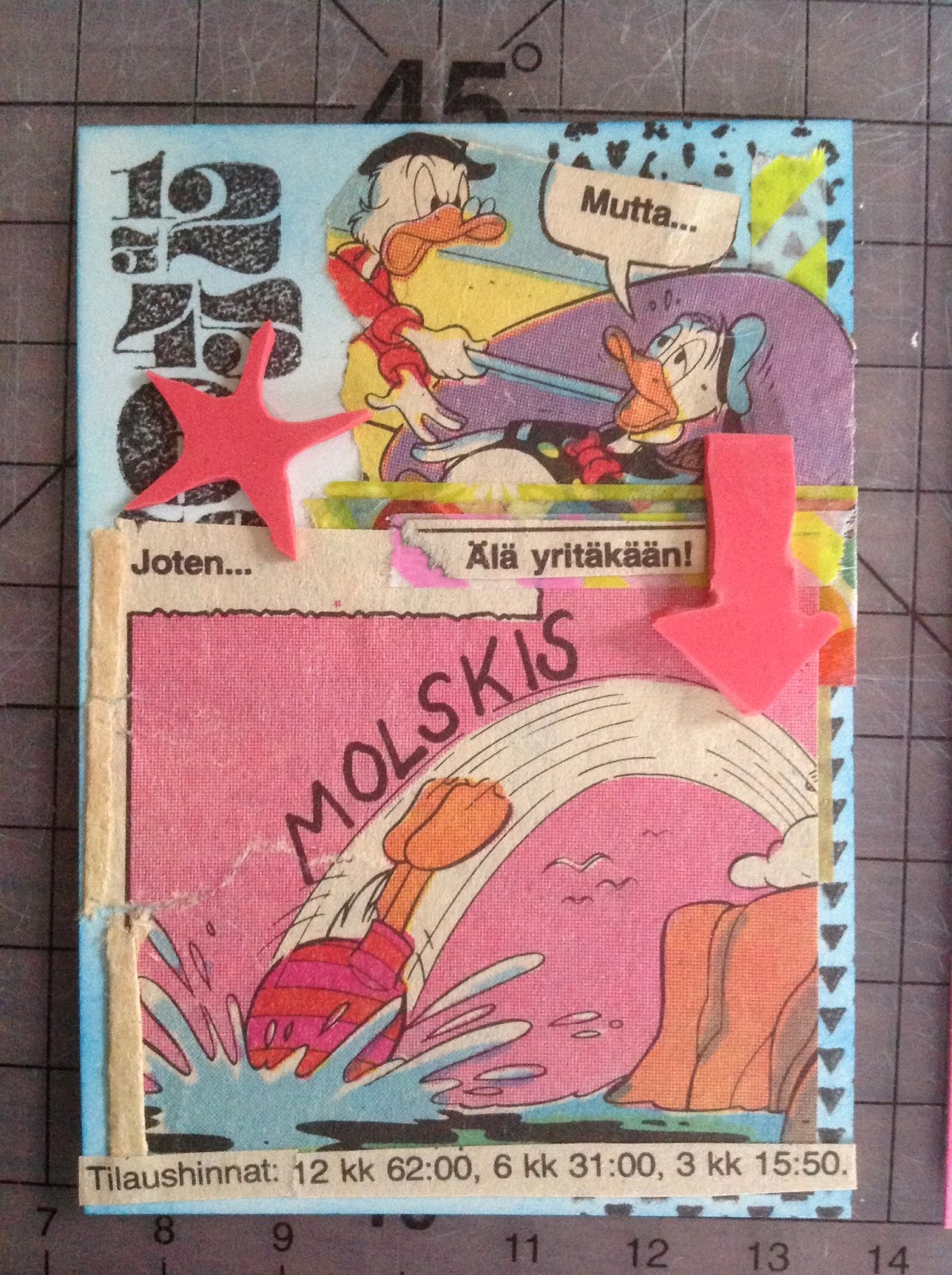 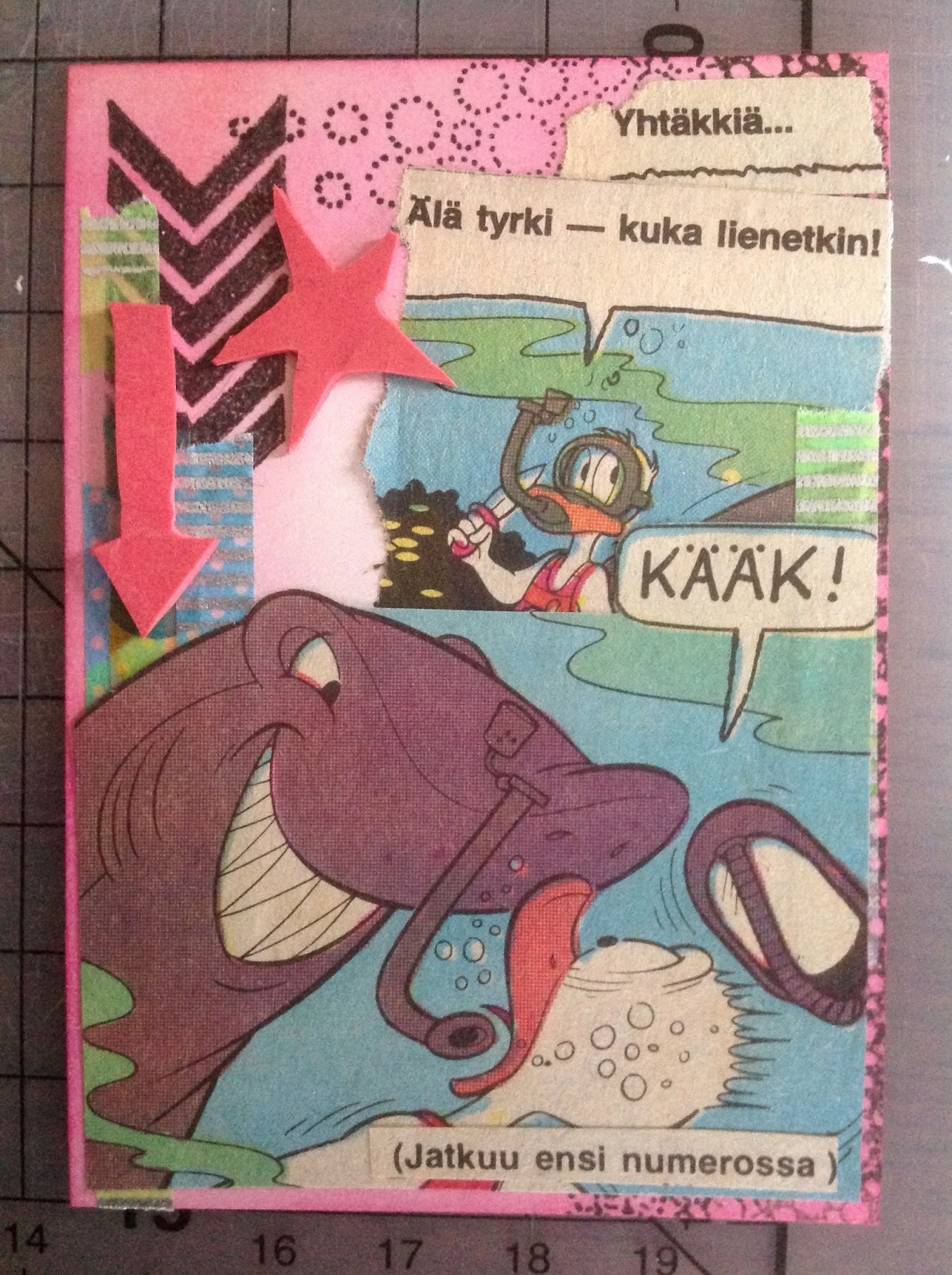