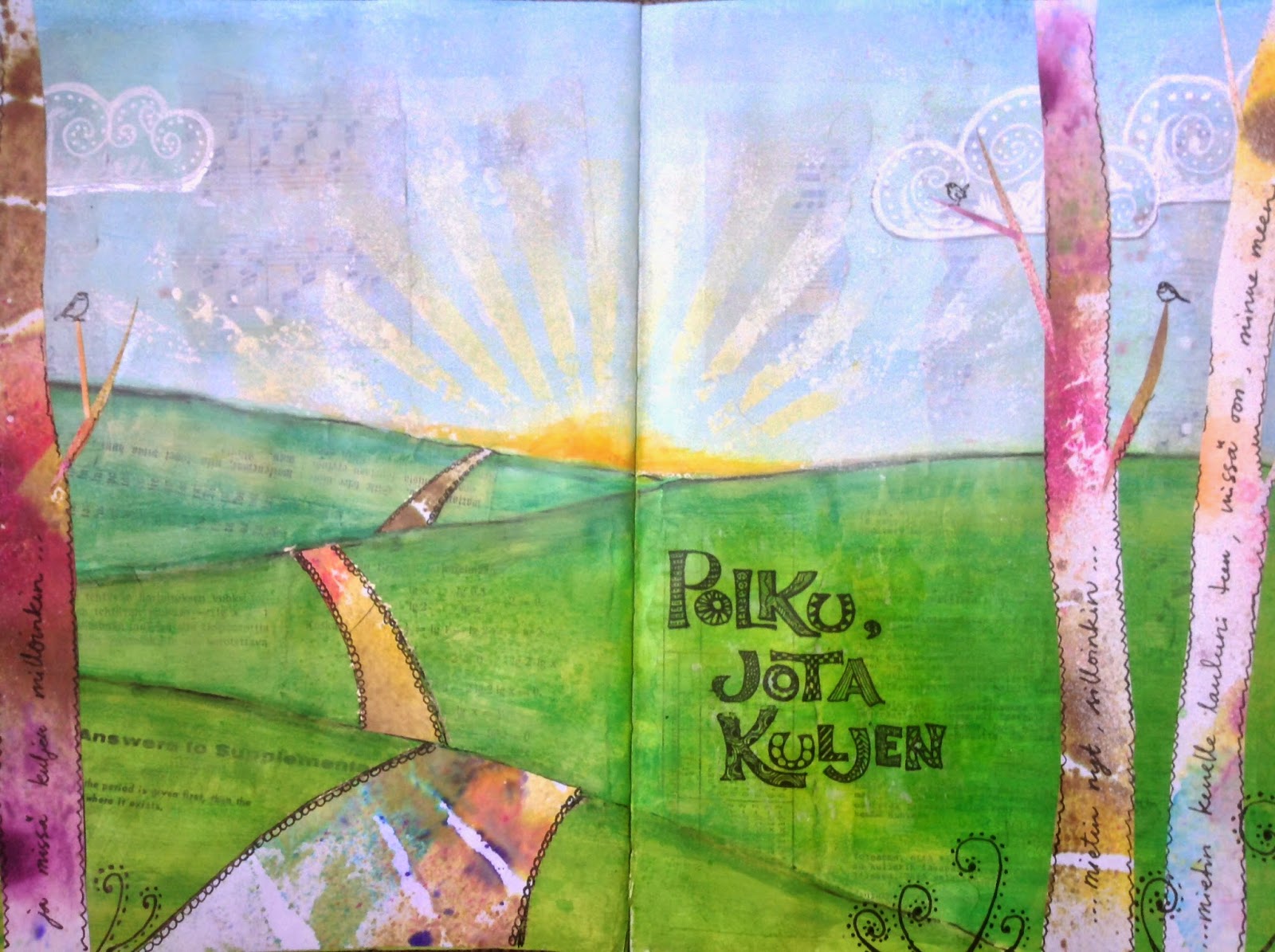 I had a dilemma this weekend: work to do and an art journal spread on the go. I decided that work first, then play would just NOT work for me, so my plan became to take turns with the two. I am a high school teacher, and my students did a large exam on Friday... I read through and corrected their solutions to the first problem and then treated myself to painting a layer of gesso over the spread (I had already adhered some old book pages and music sheets earlier). I returned to the test, and after going through the answers to the second problem the gesso was dry and I took out my acrylics and painted a landscape. After the third problem I added the sun and continued with the greens, and after the fourth problem I added the rays and drew some clouds. At this point I ran into a dead end. I should have been getting inspiration from the week 4 DLP prompt, but my page had nothing to do with words for friends. I decided to forget the Red Hot Chilli Peppers song that rang in my head and use "the path I tread" (that I had doodled some time ago on tissue paper) as my sentiment...after all there was a path on my page. Otherwise it was too empty, but I didn't really know what to do with it. So I continued with my work (problem #5) and decided to next treat myself to some blog hopping. 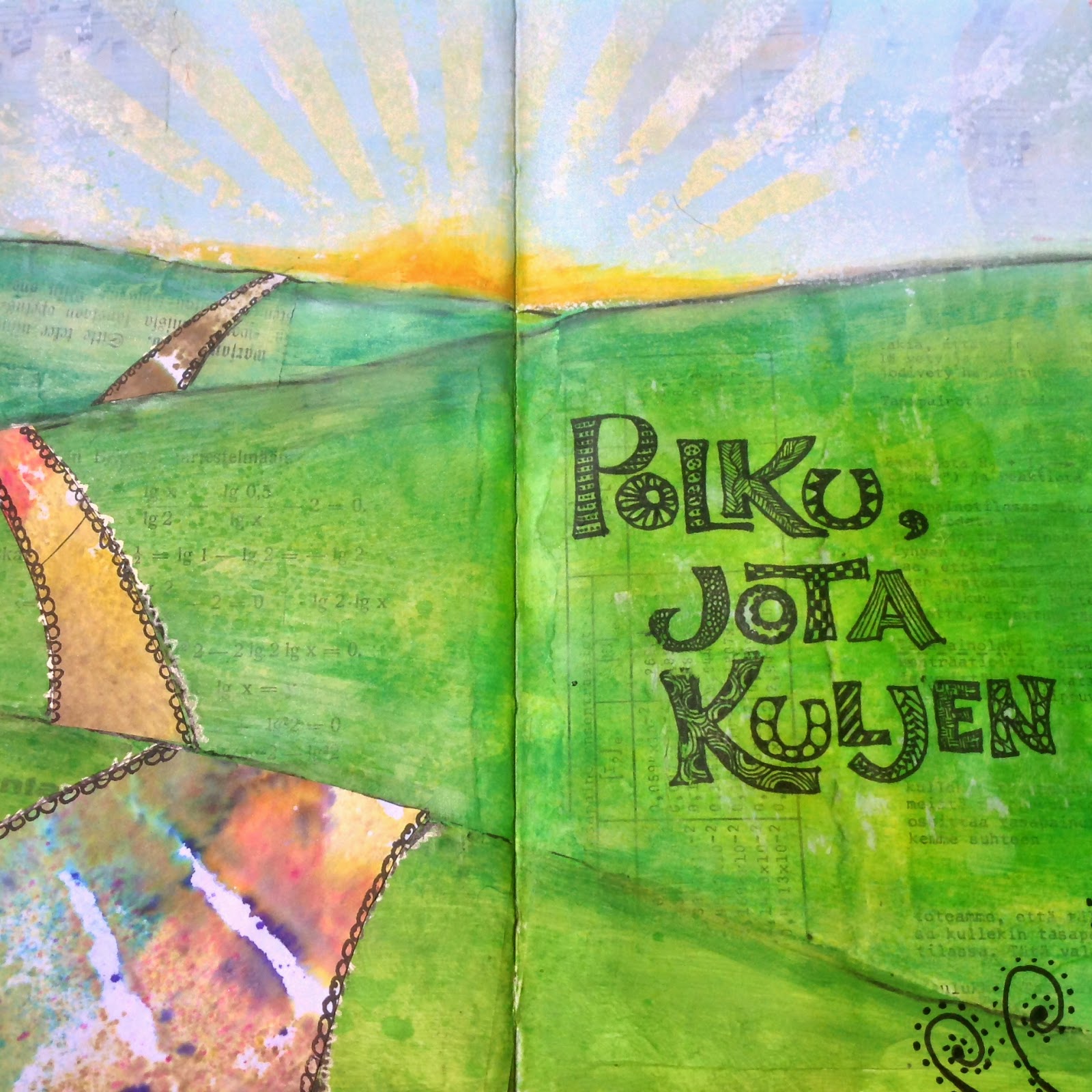 Luckily the week 5 DLP prompt proved to be the answer. I was extremely inspired by this post by Miranda Banks, and decided to add treetrunks to frame my scene. I only had one under paper around, and it was a bit too clean, so I sprayed on some new inks that I had not yet tried out, and returned to my test while it dried. After the sixth problem on my test I cut up my under paper, realizing I could also use it to pave the path. I had trouble consentrating on the answers to the next math problem, because the spread looked so nice, and I had decided to glue down the strips as the next phase of craft. At this point I cheated a bit, because I wanted to take pictures of the spread during daylight... So I finished of the spread. The result is, that I'm still not finished with the exam, I'm just not motivated, because my next crafty endeavour will be to clean up my mess :) 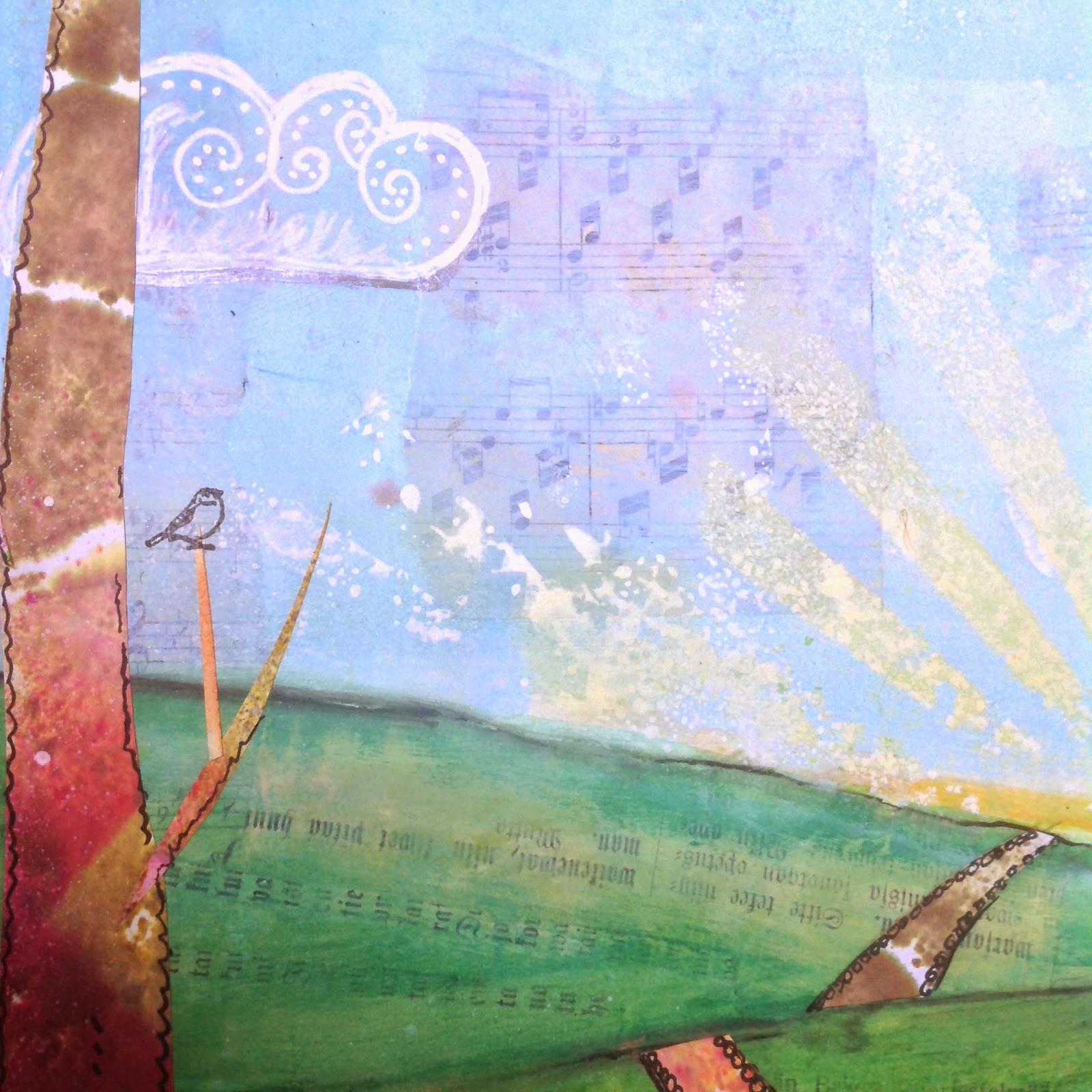 I wanted to add some stamping to my scene, and chose small birds from a Home To Nest set I've had for some time but never used before. After adding the birds, I realized I had interpreted the RHCP song in a way after all, even though the page doesn't have the soaring feeling I originally thought to combine with the words (and the SSS Monday challenge). I decided not to add the "with the birds I share this lonely view"  to the page, since there was so much text already, but they felt suitable for the title of this post.
Lähettänyt Unknown klo 19.59